Woman at the Well, The (LESSON) 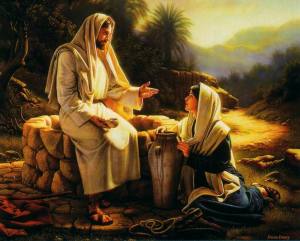 This lesson teaches how Jesus worked through a woman that society had given up on to bless her community and draw them to Christ.  The woman at the well was a Samaritan, a woman and a sinner – three reasons a Jewish rabbi should not have been talking with her, but Jesus didn’t care.  He saw the best in her and partnered with her to bring a community to know Him.

Even when our life’s a mess

Jesus will use it to heal and bless.

3 responses to “Woman at the Well, The (LESSON)”