The Rest of the Story (LESSON) 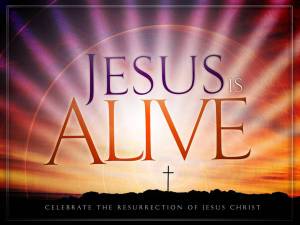 This lesson tells of Jesus’ resurrection and the restoration of Peter to leadership.  Peter denied Jesus three times, and Jesus forgave him three times just so that he would know and understand that he was completely forgiven and that God could still use him.

Use the following script, or modify to suit your needs:

Jesus paid the price I couldn’t give,

And rose again so I could live!