The Spirit Is Willing, But the Body Is Weak (LESSON) 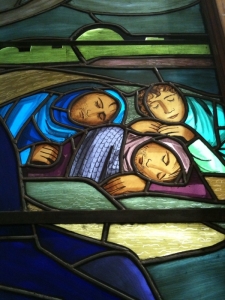 This reenacts the last hours of Jesus life before His crucifixion all the way through to His death and burial.  Everyone (even Peter) abandoned Jesus in His time of need, but Jesus went to the cross for us anyway.  They way He died, as much as the way He lived, is a testimony to Who He is.

Use the following script, or modify to suit your needs:

Sometimes our spirit is willing

But our bodies are weak.

And gives the courage we seek.