In your table groups, read the following Scriptures, and discuss the questions that follow:

What themes do you notice from these Scriptures?

Is it okay to be upset with someone?  What conditions does God place on anger?

How are we to act towards our enemies?  Why do you think this is so?

Read the parable of the Unmerciful Servant in Matthew 18:21-35.  Consider that this Scripture is most likely about forgiving a Christian brother or sister (notice that Peter asks about forgiving “my brother,” that Jesus is making a comparison to the “kingdom of heaven” and that the other man is referred to as a “fellow servant.”).  If that’s true, what is Jesus saying about forgiveness?  (Hint: the jail cannot be hell, and the torture cannot be eternal in hell if this is about believers.)

This Challenge teaches how bitterness, unforgiveness, hatred and resentment create a trap for us and how forgiveness and turning things over to God (especially when we are having a hard time forgiving in our own power) gets us free from the trap.  It uses Chinese finger traps to illustrate the point.

Jesus helps me to forgive; Holding a grudge is no way to live! 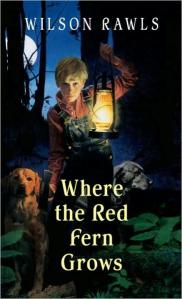 This object lesson teaches about the danger of holding a grudge (i.e., choosing not to forgive someone).  It uses an illustration from Where the Red Fern Grows, a great book about a boy and his hunting dogs, by Wilson Rawls.  In the book, the boy learns about an unethical hunter, who traps raccoons by using a weakness in their nature.  The lesson compares the trapper to Satan and the trapper’s methods to Satan’s way of trapping us with our own bitterness.

Jesus helps me to forgive,

Holding a grudge is no way to live.

This object lesson helps children understand how to deal with bad thoughts, fear and worry. It uses a simple water science trick that changes the surface tension of water in order to produce an impressive result. When you add soap to water, it displaces some of the water molecules (especially those on the surface). The water molecules on the outside of the bowl will pull the pepper away from the soap.

· Pepper (about a handful, but it’s better if it’s still in the container)

· Salt (just enough to shake some out once or twice)

· Dish soap (at least a few drops in the bottle)

· Water (enough to fill the bowl about ¾ full)

· Set up the bowl of water on the display table at the front of the teaching area.

· Set up the mirror behind the bowl so that it will show what is happening on top of the water to the kids in the audience. (You can prop it against a wall or between a few stacks of books. If you need to, get a volunteer to hold it during the demonstration.)

· Have the pepper, salt and dish soap ready on the table.

This object lesson teaches that unforgiveness can hinder our prayers for forgivenss.

· Purchase the “Energy Ball” (under $10). Allow a few weeks for shipping and delivery.