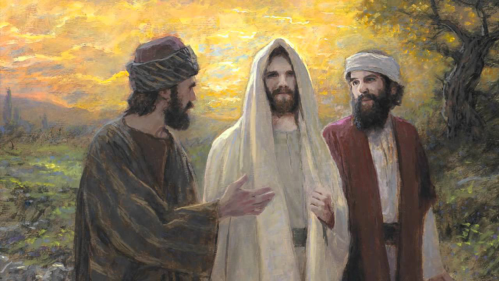 This devotion shows how God left clues to Jesus’ death and resurrection in the pages of the Old Testament.  God had a plan to restore us to relationship with Him from the very beginning.

I’m writing them for a summer camp that I have in a few days.  Some of them need facilitator notes to help you set them up, but you should be able to figure most of them out.  I won’t have time to do the facilitator notes until after camp, but if you need them for a lesson, drop me a comment, and I’ll write them up for you for any of the lessons.

In But Not Of (LESSON)

Description: Nebuchadnezzar’s armies invade Jerusalem and take away the best and brightest teenagers to Babylon to make them aides in the king’s court.  Daniel and his friends choose to honor God by not eating food from the king’s table.  Like Daniel and his friends, kids today will often be faced with circumstances that challenge their commitment to following the Lord.  Christians are called to be in the world, but not of the world.

This is a big lesson with lots of moving parts.  Feel free to scale it down to suit your teaching style, available time or resources.

Not everything that others do
Is what God wants to see from you.

Use the following script or modify to suit your needs:

“Not everything that others do is what God wants to see from you!”

10-15 minutes for the icebreaker (the recommended lessons will take longer.)

This object lesson is a fun visual that reminds kids to trust God even when circumstances are looking bad. Use it as an icebreaker for a larger lesson. There is a little bit of “magic” and a little bit of science in this lesson that gives it some “Wow!” factor.

· If you don’t want to make your own jar, you can order one for approximately $10 from Steve Spangler Science (www.stevespanglerscience.com). It’s called the “Mysterious Water Suspension Trick.”

· Cut the piece of screening so that it fits over the opening of the jar. You want some overlap so that the lid will hold the screening securely to the jar.

· Screw on the band part of the lid, but leave the removable insert out.

· You might want to laminate your poster board square but only if you plan on using it multiple times.

· Practice the trick. Flipping the jar upside down is the most challenging part.